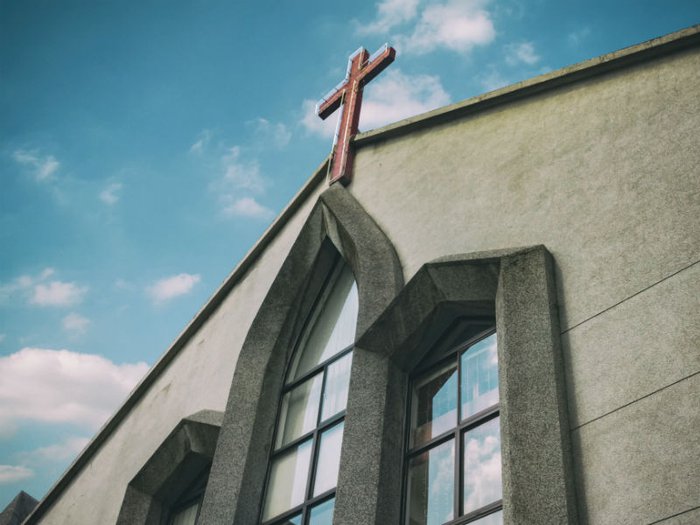 With their uplifting, inspiring lyrics, gospel funeral songs are a meaningful and soulful way to mourn someone’s passing and celebrate their life.

What is a good gospel song to sing at a funeral?

From old and classic funeral hymns like Swing Low Sweet Chariot to contemporary Christian songs for funerals such as Heaven Song, the best gospel music for funerals reflect hope, comfort, faith and thanksgiving at a time of great sadness.

These inspirational classics are among the most popular gospel funeral songs.

I shall possess, within the veil
A life of joy and peace.

This uplifting funeral song is one of the most popular songs of all time and an evergreen choice for a funeral service. Written in 1779, it became an emblematic African American anthem during the Civil Rights Movement.

Former president Barack Obama sang the opening verses at the funeral of the late South Carolina senator Reverend Clementa Pinckney in Charleston in 2015.

I Can Only Imagine

MercyMe’s moving song has touched millions of people around the world and is a popular choice for funerals.

Written by lead vocalist Bart Millard, this gospel funeral song was inspired by the death of his father.

He says it’s a song about a day that people of Christian faith all dream about, when they finally meet Jesus.

With its uplifting lyrics of flying away Heavenward, I’ll Fly Away is one of the most-recorded hymns for funerals of all time.

Since it was written in 1929 over 1,000 versions have been recorded by artists as diverse as Kanye West, The Osmonds and Johnny Cash. Aretha Franklin’s moving interpretation featured on a recorded tribute to Diana, Princess of Wales.

He washed my sins away
Oh happy day.

Oh Happy Day is an arrangement of an 18th-century hymn, and a popular gospel funeral song.

Recorded by the Edwin Hawkins Singers in 1969, it reached number four on the Billboard 100 and became a worldwide hit. This hymn has since been recorded by hundreds of artists including Joan Baez, Quincy Jones and Glen Campbell.

His Eye Is On The Sparrow

When Jesus is my portion, a constant friend is He.
His eye is on the sparrow and I know He watches me.

This famous song was written in 1905 by Civilla D. Martin, inspired by the words of David in the Psalms.

Recorded for the soundtrack of the 2012 remake of the film Sparkle, poignantly, this funeral song was the last original single that Houston ever released. Versions have been recorded by Ethel Waters, Jessica Simpson, Mahalia Jackson and Whitney Houston.

Lead me to the light
Take my hand precious Lord, lead me home

This beautiful gospel funeral hymn, written by the Reverend Thomas A. Dorsey, is said to have been Martin Luther King Jr.’s favorite song. Dr King often invited Mahalia Jackson to sing it at civil rights rallies to inspire the crowds. She sang it at his funeral in April 1968.

Also recorded by Elvis Presley, Aretha Franklin and Nina Simone, it was performed by Beyonce at the Grammy Awards in 2015.

One of the best-known songs in the world, Swing Low, Sweet Chariot is thought to have been written around 1865 by Wallis Willis, with the earliest known recording made in 1909.

With its uplifting reassuring lyrics that speak of homecoming and welcoming angels, it’s a comforting choice of song for a funeral. Versions have been recorded by many famous artists including Paul Robeson, BB King, Joan Baez and Eric Clapton.

Will the Circle Be Unbroken?

This popular bluegrass gospel funeral song was written in 1807 by Ada R. Habershon. With its positive, reassuring lyrics, it’s a popular choice for funerals and is often sung at revivals.

It’s also sung every year at the Country Music Hall of Fame, at the conclusion of each medallion induction ceremony. This song has also been recorded by Bob Dylan, Johnny Cash, The Doors, Richie Havens and Susan Boyle.

Heaven Song is an uplifting track on Heaven and Earth, the fourth studio album by Phil Wickham, who is described as one of contemporary gospel’s most original voices.

A contemporary Christian singer since the age of 12, here Wickham sings of the joy that awaits the faithful in Heaven. This uplifting song is a popular choice for funerals.

Nearer My God To Thee

Upward I fly
Still all my song shall be
Nearer, my God, to Thee

Nearer, my God, to Thee is a popular nineteenth century hymn by Sarah Flower Adams, often included in worship services. It retells the story of Jacob’s dream, in which a ladder appeared from Heaven.

It’s said to have been the final song the band played on the Titanic before the ship sank. With its rousing, uplifting lyrics and promise of eternal life, it’s a good choice of funeral gospel song. Versions of this hymn have been recorded by Al Green and the Oslo Gospel Choir.

When The Saints Go Marching In

One of the best-known songs in history, Louis Armstrong’s interpretation of the 1930s became a jazz classic. It’s often played as a funeral march at jazz funerals in New Orleans, when the tempo is slowed to a more solemn pace.

Just a Closer Walk With Thee

Just a closer walk with Thee
Grant it, Jesus, is my plea.

One of the best-loved Southern gospel songs of the twentieth century, this inspiring song is also the most frequently played number in the hymn and dirge section of soulful New Orleans jazz funerals.

Written in 1940, it’s been recorded by many top artists, including Mahalia Jackson, Gladys Knight and the Pips, Bob Dylan, Johnny Cash, and Tammy Wynette.

Singer and pastor Deitrick Haddon’s beautiful song reflects on how we strive to do our best, in the hope that the Lord will recognise how hard we tried when we get to Heaven.

It’s an optimistic gospel song for a funeral about hope of a blessed new life to come.

What A Day That Will Be

What a day that will be
When my Jesus I shall see
And I look upon His face
The One who saved me by His grace.

Composed in the 1950s by Jim Hill, a leading singer of his day, What A Day That Will Be soon became one of the most loved hymns of Southern music.

It’s been said that for people of faith, Hill’s lyrics describe what they hope for in Heaven, making it fitting funeral gospel song.

Till We Meet Again

A contemporary song for a funeral, it featured on musician and choir director and Kirk Franklin’s 1993 debut album, Kirk Franklin and The Family, the first million-selling gospel music album.

It has been uplifting and inspiring people of faith ever since, with Franklin’s comforting and reassuring lyrics making it a beautiful choice of funeral gospel song.

Comforting and uplifting poems to read at a grandmother's funeral 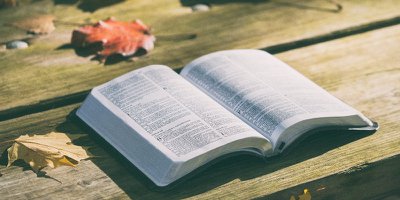 New Testament verses, Old Testament scripture and Psalms from the Bible for a funeral, memorial, or eulogy