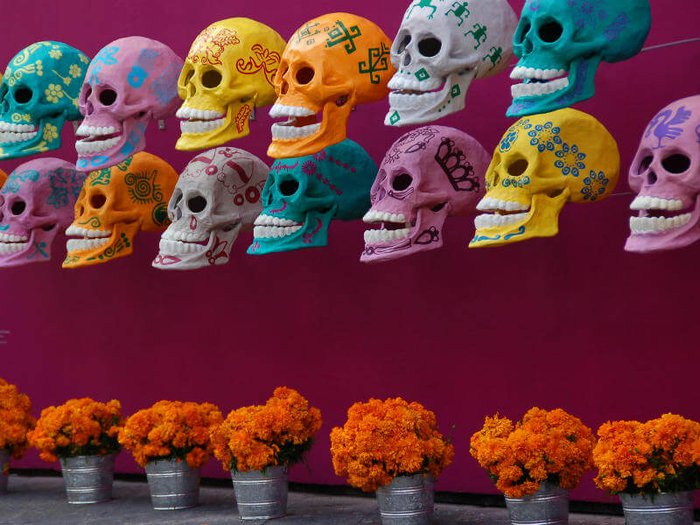 A lot of Western culture shies away from death. Though there are numerous organizations now trying to get us talking about end of life issues, a lot of us still struggle to talk openly about death – much less celebrate it.

Not so in Mexico, where two days of each year are dedicated to commemorating those who have died in a bright, noisy, colorful festival known as Dia de los Muertos, or Day of the Dead. Where we may see black and white when we think of death, Dia de los Muertos blossoms with gold, orange, pink and purple. 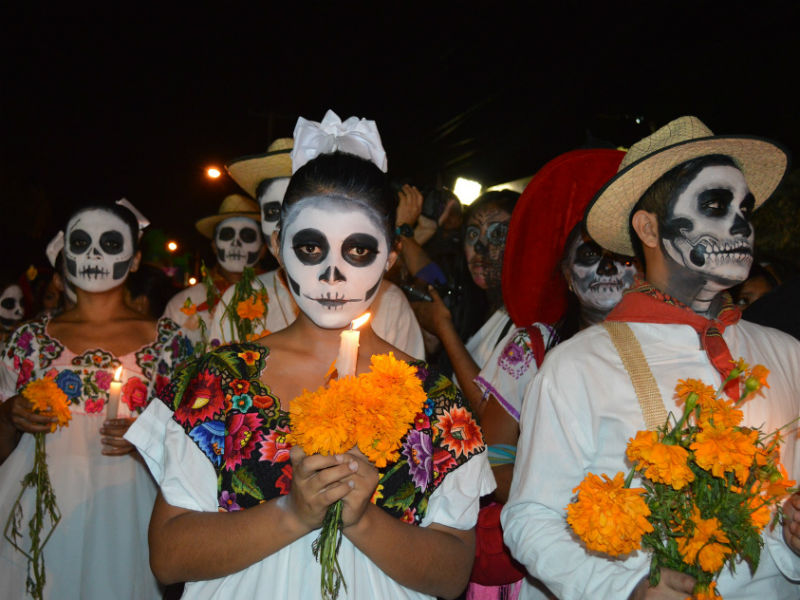 As part of the celebrations people dress in traditional clothing and face paint for a candlelit walk to the graveyard.

The festival has its roots in two very different cultures; that of the native Aztecs, Mayans, Toltecs and other pre-Hispanic civilizations, and that of colonial Spanish invaders. Pre-Hispanic societies were used to worshipping various different gods and upholding multiple spiritual traditions, so when Catholic Spaniards began to colonize Central America in the 15th Century, they incorporated various Catholic customs into their beliefs. One of these customs was the celebration of All Souls’ and All Saints’ day, on the 1st and 2nd of November.

According to traditional belief, Dia de los Muertos is when the spirits of dead ancestors return to visit their family and community. Families create altars, known locally as ‘ofrendas’, in their homes in order to offer food, drink and gifts to the returning spirits. 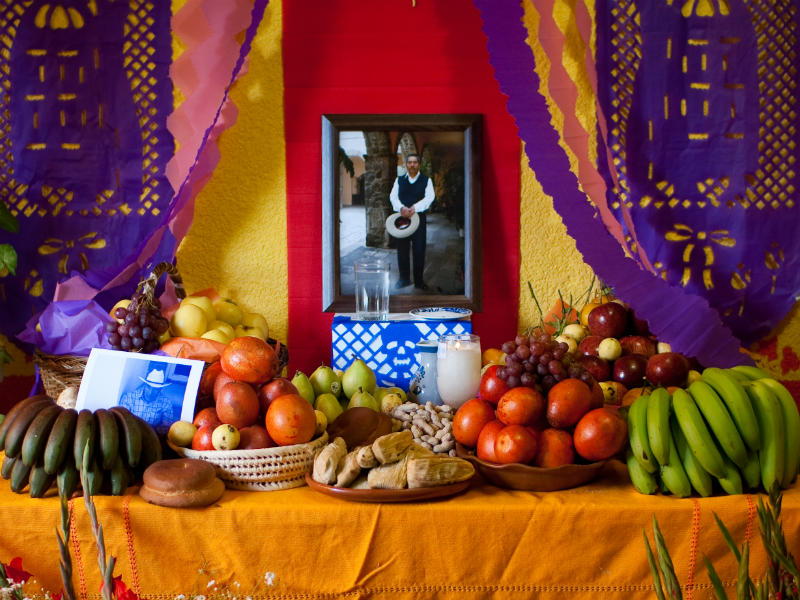 A traditional ofrenda to the spirit of a loved one, colorfully decorated and laden with fruit and bread. Photo by Eneas De Troya.

Mexican families often put a lot of thought, time and money into preparing the ofrendra. They are usually brightly decorated and heavily laden with food. There are some regional differences on what exactly is placed on the altar, but offerings can include:

On the second day of the festival, everyone goes to the local cemetery to clean the graves of their ancestors. Each tombstone is then decorated in a similar fashion to the ofrenda, with bright flowers, candles, gifts and food. 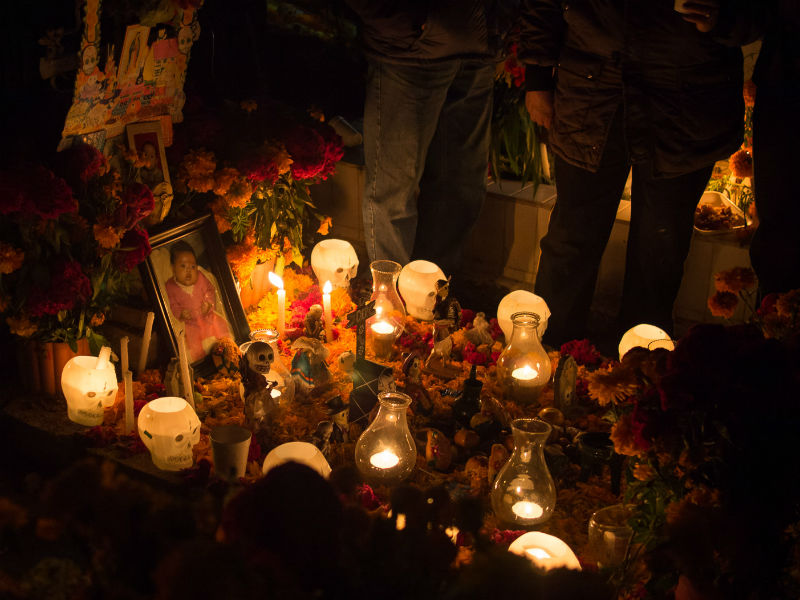 Graves are cleaned and then covered in flowers, food, candles and gifts for the returning spirits. Photo by Greg Willis.

What follows is a sort of vigil, but not a somber, silent vigil as we might imagine. As families sit by the graves, they can share stories, play card games, eat and drink, and even listen to live music from a local band. Though this is a time for remembrance, it’s also a time for celebration and that means that on the evening of 2nd November, the cemetery is the best party venue in town.

Day of the Dead traditions are constantly evolving to reflect the tastes and preferences of modern day Mexico. The practice of wearing elaborate costumes and intricate face make-up in a skull design has become an integral part of the celebration. Elements of Halloween traditions from North America are also present in the form of pumpkins and children collecting ‘treats’.

At its heart, Dia de los Muertos is about family and community, and the continuing relationship we have with those who have left before us. Far from being gloomy and mournful, Day of the Dead accepts death as an integral part of life and shows everyone that sometimes embracing this fact is more liberating than ignoring it. 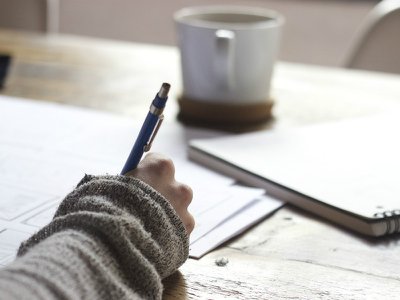 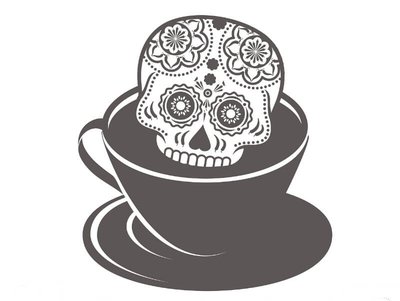 The man behind Death Café, the death positive initiative helping people talk about end of life matters, has died aged 44 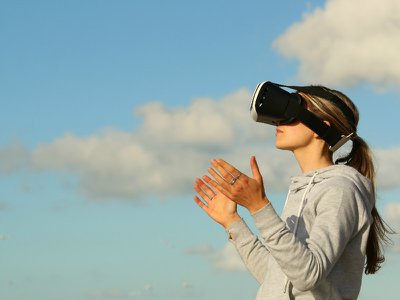 Does virtual reality have a place in end of life care? 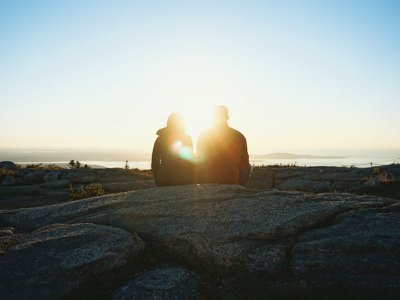 Why won’t my husband talk about it? Bereavement counselor Annie Broadbent on bridging a gulf opened up by child loss grief